How to plan an in-class work day 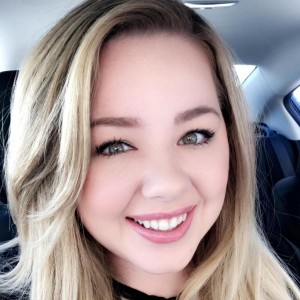 Let me set the scene for you. I woke up to an angry email from a parent about a (non)issue regarding coverage of her kid’s sports group, detailing just how much they do for the community and how we don’t appreciate them enough. Before my teeth were even brushed, my student’s (award winning) publication, (countless hours of) hard work, and my leadership were berated and criticized in one swift motion. My principal was copied on the message, I’m sure to garner my attention.

However – that’s just the life of a journalism adviser – honestly, it doesn’t even phase me anymore. I went to school and prepared to carefully craft a quippy message (to put her in her place) but grace and a smile on the side. But, my principal is AWESOME and responded before the first period bell even rang – beautifully defending my program and my kids and letting her know the facts.

He met with the yearbook staff that day for about 20 minutes (which is a LOT of time in Principal Land) and he got to really see what they were working on. (Sometimes I think they think that yearbooks are put together by magical elves and all the staff does is eat Cheetos. Which is also true sometimes.)

It made me realize that I needed to invite him down to my room more often – he needs to see the process! But I also used it as an opportunity to ask him for a favor. #GoodTiming

I KNEW he would probably say HECK NO – and I would completely understand – but I figured it was worth a shot. I credit 97% of the “yes” being to when I asked. That, and having a good relationship with your principal is ALWAYS key to being a successful journalism adviser.

I have the hardest working staff I’ve ever had, and the kids were constantly working to get their pages done in time for our first deadline. But we just weren’t quite there yet. After Harvey, we lost two solid weeks of production time (which is a LOT of time in Yearbook Land).

So I asked for an “In-Class Field Trip” to use as an all-day workday.

It’s asking a lot – the kids need excused absences, I need a substitute, my other classes need somewhere to go, etc. But he was able to see them working and the progress and I mentioned that the deadline was the next Monday, and his answer just wasn’t yes – it was “absolutely!”

Honestly – I was shocked. But SO thankful.

Because I’m a fan of details

It was the smoothest deadline submission ever and I fully credit it to this All Day Work Day. We likely would not have made it without that, and I am so thankful we were allowed to do it! We definitely won’t be able to do it every deadline, but even 1 or 2 through the year helps A LOT.

The staff loved getting to hang out all day as well. Singing along to songs, crying when the software crashed, laughing at each other’s jokes, and creating new inside jokes. They’re even communicating better now afterward, now that they feel more comfortable with each other.

Two takeaways… make it a practice to invite your principal down to actually SEE what your kids are doing. It is an opportunity to develop a good relationship with your admin – you never know when you’ll need that.

And, see if you can swing an in-class field trip as a workday. Let me know if you’d done this, or will try it – and how it goes!

What to look for in a yearbook publisher

What does the First Amendment mean to you?

This website uses cookies to improve your experience while you navigate through the website. Out of these, the cookies that are categorized as necessary are stored on your browser as they are essential for the working of basic functionalities of the website. We also use third-party cookies that help us analyze and understand how you use this website. These cookies will be stored in your browser only with your consent. You also have the option to opt-out of these cookies. But opting out of some of these cookies may affect your browsing experience.
Necessary Always Enabled
Necessary cookies are absolutely essential for the website to function properly. These cookies ensure basic functionalities and security features of the website, anonymously.
Functional
Functional cookies help to perform certain functionalities like sharing the content of the website on social media platforms, collect feedbacks, and other third-party features.
Performance
Performance cookies are used to understand and analyze the key performance indexes of the website which helps in delivering a better user experience for the visitors.
Analytics
Analytical cookies are used to understand how visitors interact with the website. These cookies help provide information on metrics the number of visitors, bounce rate, traffic source, etc.
Advertisement
Advertisement cookies are used to provide visitors with relevant ads and marketing campaigns. These cookies track visitors across websites and collect information to provide customized ads.
Others
Other uncategorized cookies are those that are being analyzed and have not been classified into a category as yet.
SAVE & ACCEPT